Put it in your diary: Kirsten Tibballs is coming to SBS Food! Her television show The Chocolate Queen is hitting Australian screens 6pm weeknights from Monday June 3rd on SBS Food!

With Kirsten’s favourite tips and tricks, you don’t need to be a professional to make showstopping creations in your own kitchen. According to Kirsten, chocolate is THE most versatile ingredient out there and she proves it with a range of quick and easy recipes. From levelling-up dessert classics like chocolate mousse, to making a quick chocolate rose garnish using only plastic wrap, you’ll be a master in no time.

Kirsten may be a leader in the chocolate industry but having been baking since she was a child with her mother and grandmother, and now passing those recipes onto her son, she has a soft spot for wholesome homemade treats. The Chocolate Queen brings you reliable crowd-pleasers and family favourites from a decadent brownie to a chocolate taco, and even a chocolate toastie.

All the recipes from the show are available on the SBS Food website, so you can add them to your repertoire and create them for your loved ones at home. They’re sure to impress and will have your family and friends hanging out for more.

So, tune in and join the Chocolate Queen herself for some simple, yet beautiful, homemade chocolate recipes – including a banana split like one you’ve never seen before!

As a pastry chef I am committed to supporting local producers and milk and cream are ingredients I use in my work every day, but not often enough do I stop to think about the consistency of supply and where it comes from. Australia’s dairy industry is entering an uncertain future as the drought blazes on, stalling growth in milk production.

The milk shortage started back in 2016 when Murray Goulburn, one of Australia’s biggest dairy co-ops, buying milk from farmers and selling it both nationally and internationally left a lot of dairy farmers high and dry. Withholding information about global milk prices dropping, Murray Goulbourn slapped large debts on farmers, causing many to leave the industry which has contributed to today’s shortage in production.

The Australian milk shortage has been a somewhat hot-topic in the media in the past few years, with supermarket giants like Coles and Woolworths reducing their home-brand retail prices to $1 and $1.10 a litre, but the issue runs deeper as the drought continues to blaze through rural Australia.

With weather conditions effecting feed quality and quantity, skyrocketing prices of feed and water, there’s no drought-relief in sight. With the drought expected to worsen in the foreseeable future, the Bureau of Meteorology recorded 2018 as Australia’s 39th-driest from the year 1900, the input costs are expected to rise for Australian farmers. As a result, Rabobank reported that we’ve seen a 15% increase of Australian dairy farmers sending their herd off to meat markets, causing a 12% reduction in the Australian milk pool in the last 12 months.

Milk supply has not only been affected in Australia but has stalled the world over. As one of the global Big 7 exporters — along with the US, EU, New Zealand, Brazil, Argentina and Uruguay — we’ve seen the combined milk-supply growth continue to slow. Unfortunately, this isn’t expected to improve all that much in the next year.

According to Dairy Australia, Australia exports around a third of its overall dairy production but farmers are looking to nurture long-term relationships with Australian companies. John Hayes, the National Sales Manager of Bulla Dairy Foods, says ‘Over the past 2 years, Bulla Family Dairy have committed to increasing their direct supply from partnerships with Australian farms, rather than relying on co-operatives, as part of their commitment to integrity and sustainability.’ One thing we don’t consider when we talk about milk is how we also need milk to create cream. The market is seeing such a shortage of milk that Bulla, a family owned company, is one of the few in the Australian market still producing cream which many of their competitors have had to stop producing, instead focussing on other products.

To develop my recipes, I endeavour to use the highest calibre ingredients and in sourcing my milk locally I can be sure of its quality. As a business owner, I understand the mutually beneficial relationship between consumer and supplier and will continue to keep it local and support our dairy industry as they support me. 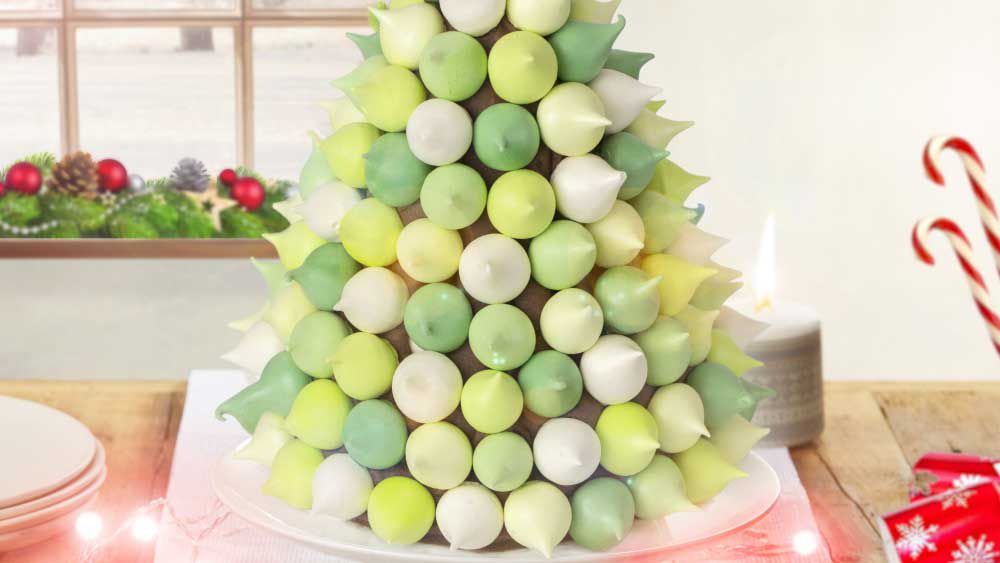 Note: The meringues can be stored in an airtight container for a week prior to assembly. 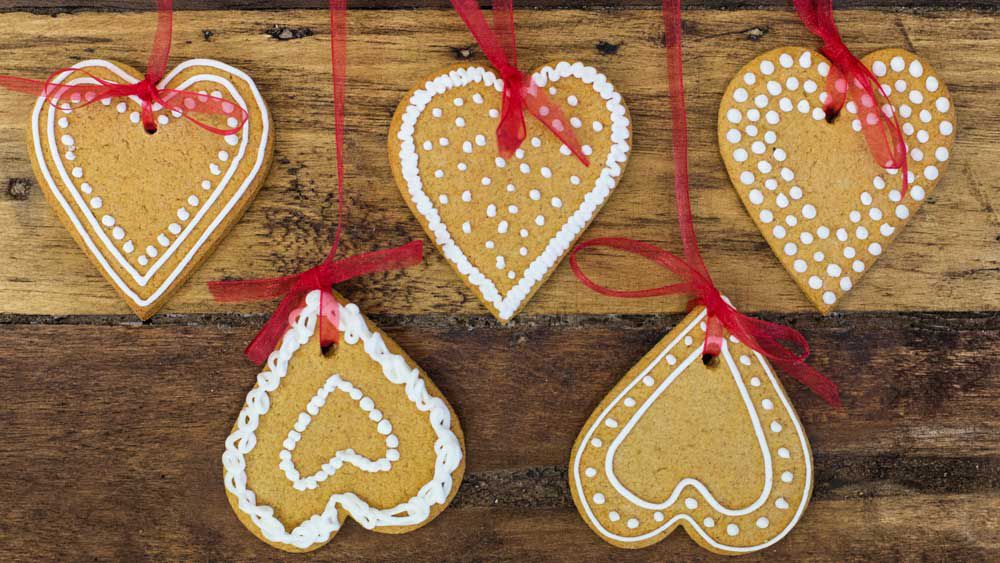 Dissolve the bicarbonate of soda in the hot water and add it to the mixture, continuing to mix until all of the ingredients are incorporated and it comes together as a dough.

Roll out the dough to approximately 4mm thickness on a surface lightly dusted with flour.

Cut the gingerbread shapes and pierce with a hole to allow for ribbon.

Place cut out shapes onto a lined tray.

For the royal icing, place the egg whites in a bowl and mix through the sieved icing sugar.

If needed adjust the icing by adding more egg white or icing sugar until you have a firm piping consistency.

Royal icing sets very hard very quickly, so keep it covered and in the fridge when you are not using it.

When ready to use, place the icing in a piping bag with a small round tip. Pipe the prepared royal icing onto the biscuits and set aside to set.

Thread with ribbon and tie with a bow.

In a medium saucepan bring the water and the sugar to a boil to make a syrup.  Add the pre-soaked gelatine, citric acid and lastly the apple juice. Deposit 30g into each cup. Allow to set.

In a large bowl mix the oats, almonds, cashews, coconut and sugar until combine. Warm the honey with the oil and pour over the oat mixture. Spread mixture out onto a silpat mat and bake for 60-70 minutes at 120°c 5turning every 15 minutes to ensure an even bake. Remove from the oven and stir through the dried fruits. Store in airtight container. Deposit 15g per cup.

Yield 15 with 35g in each cup. (same weight for Chantilly cream)

Whip the cream with the sugar and vanilla until medium peaks. Fold thought the yoghurt. Deposit 35g of the mousse on top of the granola.